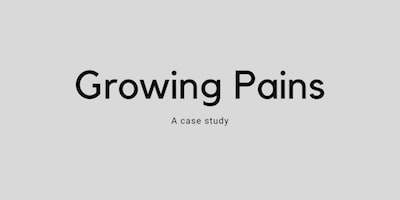 Sam is 10-years-old. He’s a great kid who loves being active, but there’s a problem and it’s getting worse. Sam plays football in winter and, in summer, he’s a cricket fanatic. Apart from these regular sports he’s running about at school and is, yes your average Aussie kid!

Sam’s mum and dad brought him into A Step Ahead Foot + Ankle Care because, despite being a very happy and active kid, Sam is waking up a couple of nights a week with pain in his lower legs. When he wakes he wants his mum to rub his legs because they ache and are sore. Sam’s mum Beth has used heat packs and paracetamol which does take the pain away after a while but, as Beth says, “They aren’t fixing the cause”.

A key factor is that fact Sam’s parents recognised that the pain sometimes came on in the night after Sam had quite active days, like sports days or family activities with lots of walking.

Sam’s parents took their son to a GP who sent them to see a Physiotherapist. While the physio was nice and showed Sam some stretching and did a couple of massages, these again helped at the time but didn’t stop the problem from coming back. After chatting to the GP their opinion was that this was “Just growing pains”—something Sam would have to get used to, and that he would simply “Grow out of it”. Frustrated with a fantastic but upset little boy, Sam’s parents felt they needed another opinion.

Sam’s mum Beth jumped onto Dr Google and found herself even more confused. Some parents were recommending vitamin supplements, others recommended oils and others suggested all kinds of home remedies. She then found herself on Facebook asking other parents for help. This is where a friend of Beth’s recommended our practitioners at A Step Ahead Foot and Ankle Care.

When our practitioners assessed Sam it became pretty clear there was more than just some kind of phantom pain going on. We undertook a detailed walk and run assessment, along with some measurements and testing on Sam’s muscles. Nothing was invasive and everything we do is done in a fun, friendly and non-confronting environment. After a short while we established that Sam’s feet were rolling in a lot and his arches where a little flat. In essence Sam had pretty poor foot posture. What this meant is that the muscles in Sam’s lower legs were over working to try and give his poor foot posture support.

This meant that a big day on his feet, like a family outing, a busy day at school or doing sports caused his muscles to work even harder. This led to them getting sore, not necessarily at the time of the injury, mostly at night several hours after the muscles had rested.

To help Sam we gave him a custom-made pair of orthotic insoles. These are made from a soft material so are very comfortable to wear but provided support for the rolling of his ankle. We took a 3D scan of Sam’s foot and video recorded his walking patterns using our specialised assessment software. The orthotics are then designed using our computer-aided design software. Next step is to make the orthotics, which is done in our on-site Orthotic laboratory by our technicians and overseen by our podiatrist.

After fitting his new orthotics into a new pair of runners that we recommended, Sam headed on his way feeling comfortable to return in a couple of weeks. We prescribed some stretching to work with his orthoses and suggested that we may need to follow this up with a specialised massage to relax his muscles as his orthoses took over and began doing their job.

A couple of weeks later a very relieved set of parents and Sam returned to our clinic. In a little over two weeks the orthoses had started to do their thing. Sam had only had pain in his legs once since starting to wear his orthoses and this was after a very big day, his school athletics carnival! After only a couple of weeks we expected this to decrease so we asked them to return in another month at which time they reported Sam to be pain free!! Sam’s parents also reported that he was much more comfortable at sport as well. They were overjoyed; they had their happy, healthy little boy back!

Growing pains ARE TREATABLE in most cases. While many well-meaning health practitioners may say you have to wait and outgrow growing pains, there are alternatives. Our practitioners have had the pleasure of helping many kids with this same problem. It’s what we love to do! Helping kids become pain free, happy, healthy and active is a privilege. If you would like to help your little one to become pain free, please give our helpful reception team a call on +61 9673 2987 or 4732 2007. You can also see find us on our Facebook page https://www.facebook.com/podiatristsydney