“Ok so I went to the guys down the road.” Say Lee my Triathlon loving patient says to me. “It’s just really sore here under my second toe, they said it was a Neuroma but they have been trying to fix this for weeks, no months and it’s just not getting better” ! 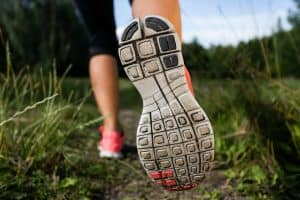 The pain that Lee was chatting about was not a surprise to me and nor what I noticed on her foot. She had developed a small V between her 2nd and 3rd toe, had pain under the ball of her foot and had developed a small amount of callous around the same area. Yup I’d seen this many times before!

If she wore tight shoes, high heels or bike shoes in her case she found the pain got worse. If she ran a lot while it may have got numb for a while at the end of the race it got sore! Over time she noticed the split or V sign getting worse.

On seeing this her GP suggested Metatarsalgia, which for years has been a reasonable diagnosis and what most would suggest this may be, However it’s NOT.  The “other guys down the road” AKA another group of Podiatrist, had diagnosed a Morton’s Neuroma, again this is a common misdiagnosis. Often radiologists will under ultrasound call this a Neuroma because these two conditions can look strikingly similar. The scan or ultrasound the Radiologist undertakes is only as good as the information provided to them though your diagnosis in the clinic get it wrong and so will they!

After a bit of pushing and prodding, and watching Lee walk again on our Video walk / run analysis equipment I was now sure what we had BUT I wanted to get another set of eyes to have a look so off she was sent to see a particular radiologist we use all the time. He sees our patients very specifically because he is overly experienced in looking at FEET!

On the report there it was “A plantar plate disruption between the 2nd an 3rd Metatarsal heads.”
So we started Lee on a series of Deep connective tissue massages with our Podiatrist, renewed her orthotic insoles and arranged for her to get some new trainers on our advice.

6 weeks later and BOOM Lee was about to start running again! “I won’t be going elsewhere again” she said and this time I believe her! 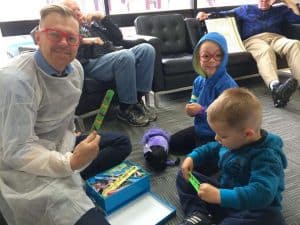 A Step Ahead Foot + Ankle Care